Sometimes, I don’t go running. Obviously some of my time is not spent running, but sometimes I let any excuse stand in my way of running. Running is my yoga, sometimes even my meditation. Today, I almost didn’t go running because 1. I have a lot of work to catch up on and 2. My ipod is broken. The former is a decent excuse, but latter is just lazy. But neither one is really valid when running is what centers me. It’s also good for my actual physical health too (which is especially needed this week because this is my birthday week and I’ve had pumpkin pie for breakfast on more than one occasion). But I always need to run.

Over-eating aside, today I especially needed my run. Today is a sad day for those of us in the photo community because Jen Burgess Thompson lost her battle with cancer. I don’t know Jen, and I only loosely followed her story over the past couple months. But somehow it still really hits home, and it hits hard.  She was an inspiration. Strong and beautiful. Jen was diagnosed with Ovarian cancer late last year, and fought for a little over a year before it took her. She was a photographer, with gorgeous blonde hair (that even looked fabulous when she lost it after chemo) and is an absolute inspiration. She was married and has two young boys. She was only 36.

Hearing about Jen’s death this morning was part of the reason I needed to run. I thought about not going, because I was bundled up in a blanket with Nala at my feet and it would have been easier just to stay there. My ipod was dead, my stomach kind of hurt and I was comfortable. But alas, I put on my pants and I went. I thought about how unfair cancer is. How unfair life is.

Truth is there are many things in life that are hard. We all have our battles, and no matter how perfect other people’s lives look from the outside, we all deal with things that are bitter, ugly and sometimes downright unfair. But look at what we do have.  We are so unbelievably fortunate.

Today it rained. The trails were still muddy when I ran and puffy white clouds skirted across the sky quickly passing the heavy grey solemn clouds that were still lingering after the storm.  I ran a couple miles and decided today was a good day to put in a few sprints up my favorite hill. The sprints sucked, but the view from the top is always worth it. From the top I can see over the tops of tall trees, to some sparkling city lights, and occasionally I can watch planes land at the tiny little airport. I can stretch, recover, and take cleansing deep breaths. It’s a good reward after the climb. I ran down the hill, continued on and passed by a house with a band playing in the garage. They were playing one of my favorite songs from one of my favorite bands, that I originally actually thought was written by my high school boyfriend’s band because when I was 17 I didn’t know any better. But it was awesome. I stopped, and then they messed up or something ridiculous and moved on to the next song that I didn’t know. I never would’ve heard it had my ipod been in working condition. It was a really good run.

After all of that, all I really wanted to tell you is to be grateful. Be full of grace, and awe and wonder. Be thankful for your health. Your legs. Your lungs. Be grateful for your friends, your children, your families- both those that you have with you and those who have passed. Be grateful for your clean water, your fresh fruits and veggies, your showers and your cars. Sunsets, hot days, jobs, softball teams, chocolate cupcakes, coffee, and commercials that drive your crazy when you’re watching TV. We live a good life friends. Do what you do out of love, out of kindness, and out of your heart, and remember to let the rest just be. Be yourself and be passionate. Life is much too short to do anything with any less than all of whatever it is that you have.

one lonely snap-shot of some of my very best friends. We went camping last weekend, we really don’t always wear wacky outfits and stand in the woods. You guys are all my favorites. 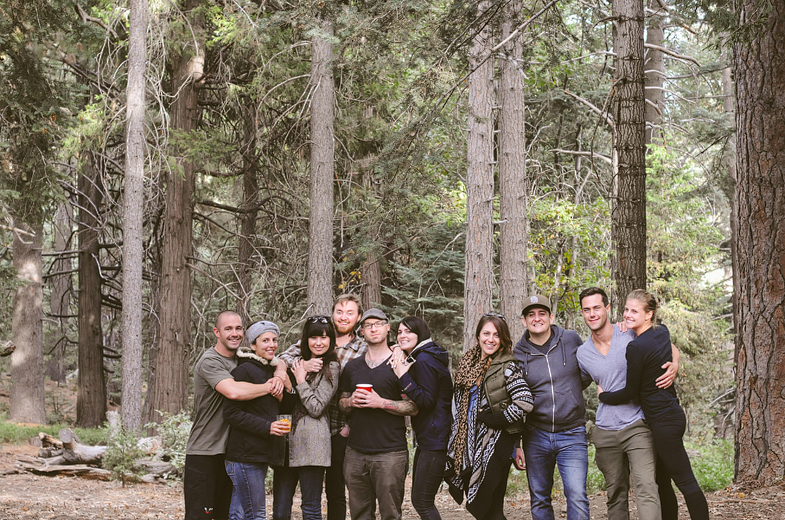 ellie - Corey, you are an excellent writer and an inspiration. <3 I love this post

Amanda - Just as this day was feeling a bit overwhelming because of being out sick for a day and a half at the end of last week, I stopped to read your blog. And I am so glad I did! Thank you Miss Corey for putting things into perspective. You are truly talented in so many ways!!

Cmorgan - Thank you both for the kind words and support <3